PREVIOUS: THE WAR AND ITS AFTERMATH

From the very beginnings of the Anglican mission in North Borneo, there was a strong desire that the Gospel be brought not just to town-dwellers on the coasts but also those living in the interior. Despite the practical difficulties that made such work very challenging, with God’s leading the Gospel was carried by Anglican servants to villages deep in the jungle, even if the progress of such missionary endeavours was not always  a smooth affair.

In a fertile valley a mere fifty or so kilometres from the west coast, but surrounded on the west, north and east by the imposing peaks of the Crocker and Trus Madi mountain ranges, lies the town of Keningau. This quiet town which the British established to obtain valuable spices such as cinnamon—the local name of which, kendingau, gave the settlement its name—would be, through God’s appointment, the first outpost where Anglican missionaries would carry the Christian faith into the interior of North Borneo. 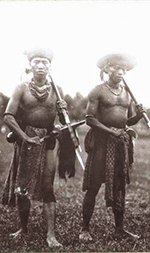 In 1896, encouraged by Revd Elton, Revd Fred Perry of the SPG trekked for three days over the Crocker Range to Murut villages around Keningau, preaching the Gospel to them in Malay, and then later in Murut once he had learned the language. He ran a boarding school in the town, and baptised a number of adults and children. Ill-health, however, caused him to be recalled to Labuan in 1899, although he continued to visit until he was moved to Singapore in 1902. Thereafter for some years the work there was reduced to occasional visits from Jesselton, and the bold beginning of Anglican interior mission interrupted. It would be fifty-five years before this inland work was properly resumed, albeit elsewhere.

Into the Interior from the East

The next chapter of the story involves the Sabah Anglican Interior Mission. Space does not permit a fully-satisfactory account of the SAIM here, and those interested should refer to the bibliography for more comprehensive studies. However, the tale is too important to not be told at all, and so it is necessary to attempt to give a very brief summary of sorts. 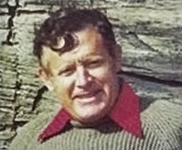 It is difficult for us in 21st-century Sabah to imagine the conditions under which mission work to the interior resumed in the 1950s. Today the journey from Sandakan to Tongod, in the heart of the state, is a mere three-hour drive on decent roads. In contrast, when Anglican mission began there in 1957, the journey there took four to six days by river. Thus it was that the work could only begin on the instigation of someone very well-acquainted with the Sabahan jungle. This was Mr Bruce Sandilands, a district surveyor and committed Christian. 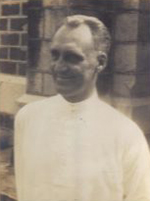 Sandilands’ work took him deep into the interior, charting the territory to make accurate maps. Along his journeys he visited many villages and a burden grew in his heart for these rural dwellers who were oppressed by pagan beliefs and had virtually no education or modern healthcare. Educational and medical aid was certainly needed, but Sandilands wished above all else that they would receive the Gospel. He repeatedly expressed his concerns to the rector of St Michael and All Angels, Canon Frank Lomax, whose church he attended on visits to Sandakan. Canon Lomax was finally persuaded in 1956 to follow Sandilands down the Kinabatangan and Labuk rivers for the first time, and from these trips the Sabah Interior Mission was born. The Anglican mission in North Borneo had begun in 1888 in Sandakan before spreading to other coastal towns and nearby areas. By God’s appointment it was to be from Sandakan that nearly seventy years later the Gospel would begin to go forth once again, this time penetrating deep into the Sabahan rainforest.

The first mission was planted in Tongod, 560 km down the Kinabatangan River. Andrew Kiri, an Iban catechist from Sarawak, was sent to begin the work in 1957. He was soon joined by Revd Arnold Puntang, an Iban priest, and on Epiphany Day, 6 January 1958, Bishop Nigel E. Cornwall officially opened the Epiphany Mission. Kiri and Revd Puntang set up a boarding school and travelled to evangelise the area. The local peoples were animists, and were used to sacrificing animals to appease the spirits in order to protect their crops from failure. The story of Jesus Christ’s one full, perfect and sufficient sacrifice for the sins of the whole world, and the Christian’s ability to simply rely on Him in every situation, came truly as Good News—an Epiphany—to them, and many responded by turning in faith to Christ. 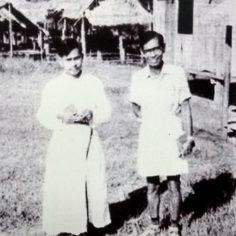 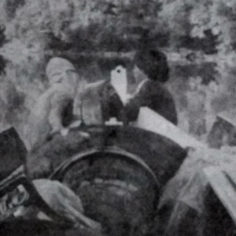 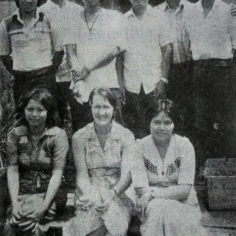 Other mission districts were soon begun. The Holy Cross Mission in Kuala Sapi was started in 1958 with two other Iban missionaries, Francis Krie and Lawrence Lawin. Lawin was later ordained and served as priest in Sapi. Missionaries from CMS Australia began work in Segama in 1961, and that same year a mission was started in Telupid by Revd N. V. Ticobay and his wife Angelita, a trained nurse, who were from the Philippines. Each of these missions have grown exponentially over the years, and many others have been started. Meanwhile, the gradual take-over of schools and clinics by the government, beginning in the 1970s, has allowed the church to focus on preaching, discipleship and equipping.

Over the years many missionaries and locals have served faithfully in the harvest fields of the interior. Local leaders, pastors and priests have been raised, including Bishop Datuk Melter Tais. Yet we still have to ask God to send more workers into his still-ongoing harvest. Today there are fourteen mission districts with hundreds of worship centres where the Gospel is preached, the sacraments administered, and lives changed through the power of Christ. All this began with one layman’s response to a burden God placed on his heart, and the story goes on. One question that any reader of this tale might ask himself or herself is: could God be calling me to be involved in some way with His work in remote areas too?

NEXT: EARLY YEARS OF THE DIOCESE