Having established itself in Sandakan and Kudat through ministry to both Europeans and Chinese, it was not long before Anglican mission work spread to other towns along the coast which were being set up by the British North Borneo Company.

The new town of Jesselton—later to develop into the state capital of Kota Kinabalu—was founded in 1899, to replace the settlement on Gaya Island which had been destroyed by the Mat Salleh uprising. With great foresight, Revd Elton promptly obtained five acres of land from the government for mission work. The SPG sent Revd George H. K. Clarke to the area of Labuan and the West Coast in late 1902, and the newly-arrived missionary perceived the importance of this new coastal town. He first established a cemetery, quickly followed by a school and then a church which gathered for worship in the one-room school building. 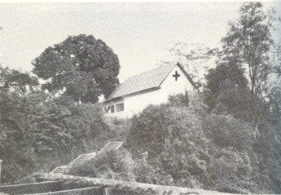 The Anglican mission in Jesselton was from its beginnings closely associated with its schools. The first boys’ school, King Edward VII, was opened in 1903, but closed briefly in 1920 due to staff shortages. It was reopened in 1923 under the name ‘All Saints’ School,’ after the church which was built in 1911. St Agnes’ Girls’ School was founded in 1914 under the supervision of Miss Butcher, who moved over from Sandakan. Both schools continue today, with sterling reputations, although due to the rise of co-education, St Agnes is now the primary school and All Saints the secondary school for both girls and boys.

Jesselton was also for many years the base for work in various stations within its reach, including Labuan, Brunei, Miri, Papar, Beaufort, Tenom and Tuaran. The Rector of Jesselton was responsible for visiting all these places in turn, often while serving in various other capacities in the centre of his parish, such as school headmaster. In 1921, Bishop Danson sent a priest, Revd Strugnell, to Jesselton to take on responsibility for Brunei, Labuan and Miri, freeing up the Rector and other priests to focus their outstation ministry on mainland North Borneo. There was also help from a Chinese priest, Revd Lim Siong Teck, trained at the short-lived but important College of the Holy Way, Kudat, which was an experiment in training local Anglican clergy. Rector Revd C. J. Collis spurned Eurocentric prejudice by sharing his duties fully with Revd Lim, by God’s grace receiving no objections. The work remained relatively close to the coasts, however. Missions deeper into the interior would only truly begin some years later, and initially from the east rather than the west coast.

Revd Elton’s mission strategy outside Sandakan was to begin where Europeans had settled, ministering to them and opening the way for congregations to form and churches to be built. In 1889, he made his first trip to Tawau, baptising one child. Following the official foundation of the town in 1898, Revd Elton returned in 1899, hoping to start a school and a mission, but was prevented by a lack of funds. However, he and other Sandakan priests continued to visit regularly. Finally in 1917, St Patrick’s Church, Tawau was founded under Revd T. C. Alexander from Sandakan, together with a school around the same time. 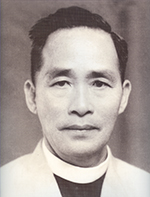 Despite the formation of St Patrick’s, for the first ten years the congregation only received quarterly visits from clergy in Sandakan. Finally in 1927, the prayers of the faithful for a resident priest were answered when Revd Vun Nen Vun, another graduate of the College of the Holy Way, Kudat, was assigned to Tawau to serve as rector and head of the school. During his incumbency, a new building for the church and school was built in 1929. Further periods of being without a resident priest would follow, but during these challenging years “ordinary” and thus unnamed saints would continue to serve and witness to the Gospel of Jesus Christ. Today, more than a hundred years after the church’s humble foundation, St Patrick’s is a thriving Christian community which has started multiple schools, planted at least six churches, and fostered many vocations to the priesthood and pastoral ministry.

NEXT: THE WAR AND ITS AFTERMATH