This historical article is published in conjunction with the Diocesan Chinese-English Senior Citizens Retreat which was held at St James’, Kudat over the past few days (22-24 July 2019). Many thanks to Revd James Yap who suggested that this article be published. 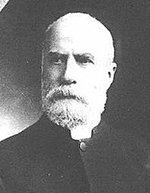 In July 1888, the Reverend William Henry Elton left London for Sandakan, having received his missionary assignment from the Society for the Propagation of the Gospel (S. P. G) to minister to the British expartriates and other Europeans working in the new state of Sabah (then North Borneo). He stopped over in Singapore, where he heard of the Chinese Christians in Kudat. He called at Labuan and Kudat, where he met about 20 Hakka Christians in a shop. They asked him for a catechist to shepherd them in Kudat. Revd Elton reached Sandakan on Sunday, 2nd September 1888.

In December 1888, Revd Elton visited Kudat again where renewed requests were made for a missionary and a school teacher to be stationed in Kudat. This time Revd Elton gave an undertaking to send a missionary provided the Chinese Christians could unite to form one congregation. This was because at that time they were divided into converts of the Basel, Berlin, CMS (Anglican) and Methodist missions in China.

In 1889, another batch of Hakka agriculturalists arrived to settle at Sin San, a new settlement. That same year, Bishop Hose sent Foo Hee, a Sarawakian Chinese to start a school in Kudat using a government building as a classroom.

Having accepted the spiritual responsibility of the Christians in Kudat and sowed the seed of the mission there, Revd Elton made preparations to build a church and to send a missionary in due course. In April 1890, he brought three carpenters from Sandakan to Kudat. Having chosen the mission site, five acres just outside the town, he cleared the jungle and marked out of the foundation of the school church. 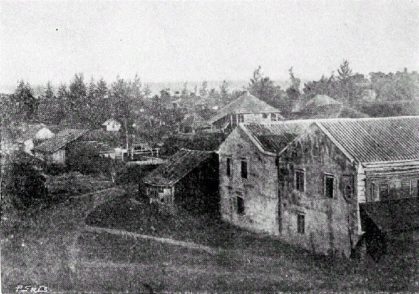 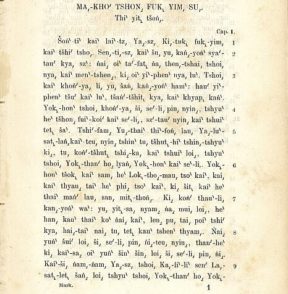 This school church and the vicarage were completed in September 1890, at a cost of $500. Revd Elton came to take over the buildings, but found that the Chinese Christians of different denominations were still not worshipping as one congregation. A meeting of all Chinese Christians was called at Mr Seah Quee Boon’s house, where it was explained that if they insisted on separating from each other and holding separate worship services, it would be impossible to send a clergyman to minister to them. However, if they cooperated and combined, it would be easy to do so. After much talk and discussion, the churchmen agreed to combine, and gave a promise that in future they would all join in a united service every Sunday.

When St James’ Anglican Church opened in 1890, Hakka Christians originally from the Basel Mission comprised almost half of all baptised members. It was truly a wonderful expression of unity in the Body of Christ, although sadly this union ended about a decade later when the Basel Christian community opted to separate and establish the Basel Christian Church. Nevertheless, many of the Chinese Christians, including Revd Fong Hau Kong, who had been a Basel catechist before joining the Anglican Church, decided to remain in St James’, their adopted church.

Behold, how good and joyful a thing it is when brethren dwell together in unity.

It is like the precious ointment upon the head, that ran down upon the beard, even Aaron’s beard, and went down to the edges of his clothing,

Like the dew of Hermon, which falls upon the hills of Zion.

For there the Lord promised his blessing, even life for evermore.