In the first part of this interview, we learned about how Canon Lawrence Lawin first came from Sarawak to North Borneo (as it was called then) in 1959 as well as his early years of ministry as a teacher at Holy Cross Mission School. In this second part of an interview with him at his home in Kuala Sapi, he talks about how he became a priest and his nearly 50 years his service as an ordained minister, including a number of years as, in the words of Bishop Luke Chhoa, “the only Anglican priest in the interior.” He also speaks about the changes he has observed and experienced since he began his ministry, and about his approach to ministry which is based on acceptance and not complaining.

Q: Perhaps you can tell us a bit about how you received the call to the Sacred Ministry?

I just don’t understand it.

Q: You just don’t understand it?

I think everything was just arranged, I would say, without my knowledge in a way. Bishop Roland Koh said to me, “You go to Singapore,” and so I went there. Actually I was supposed to be there for four to five years because Trinity Theological College did not normally receive anybody with only a Form 3 qualification. At least a Form 5 certificate was required. But I was sent there as a special student. Five years is a long time for a married man. But after I finished three years, the Bishop sent a letter to me in which he said, “I want you to come back.” So I said, “Yes,” and thus I was done with my studies two years early.

The Bishop had asked me to do two things while I was in Singapore. One was to do a bit of English night tuition and as well as Malay tuition. At that time it was all very cheap. Only two  dollars a lesson, but now you can’t get it for that price. The Bishop also said, “If you don’t pass your BM, you won’t be ordained.” [laughter] Luckily, of course, I knew I would pass and I did. So I received another letter in which Bishop Koh said that I was going to be ordained as a deacon on the 1st of November [1968]. So the 1st of November [2018]—next month—will mark my 50 years of ordained service in the Diocese.

I think I was the first local to be ordained at All Saints’ Cathedral. After my ordination, my family and I were sent to St John’s Penangah. That’s Dean Musa [Ambai]’s kampung. It took us a week to get there, a long journey. When we reached we found that the house had only a roof—it was without complete walls. But Jesus himself didn’t have a house. So I didn’t complain at all. We were there for one and a half years. I was working under another Filipino priest, Fr [Eduardo] Anosan.

I was then ordained priest on the 20th of March 1970 together with Bishop Yong [Ping Chung]. Just about one week after we got back to Penangah, I was asked to go down to Tongud because Fr Anosan had to leave the country. At that time the [missionary] priests had to leave Sabah. So I was there for four years, looking after both [Epiphany Mission] Tongud and St John’s Penangah. A vast area. 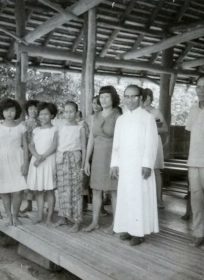 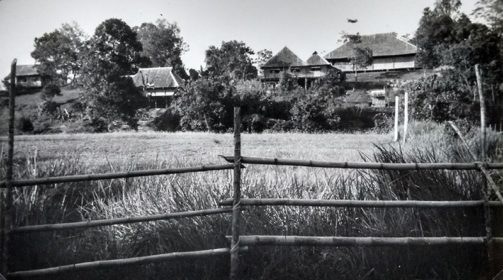 Q: How many congregations were there in the area at the time?

Well, each mission centre had at least ten outstation congregations. I covered the whole area. Bishop [Luke] Chhoa arrived in 1972, and Tongud was the first place that he visited in the interior. At the time we didn’t have many priests in our Diocese, so in 1974 Bishop Chhoa asked me to return to Holy Cross, Kuala Sapi, because the late Fr [Arnold] Puntang had to go down to Tawau. At that time we only had 6 priests in the whole Diocese. And so the Bishop said to me, “You are the only Anglican priest in the interior.” Thus I had to look after Holy Cross, St Luke’s Mission Telupid, Epiphany Mission Tongud and Penangah. I did that for four years. I had to travel a lot.

Q: Back then all travelling in the interior was by boat and on foot, right?

Yes. I had to learn how to repair outboard motors. I had to learn how to build a boat as well. But it was a joy actually. I didn’t complain. Yet it was really hard time being the only Anglican priest in the interior. Even in the towns, we didn’t have many priests. For example, we had no priest in Lahad Datu, so Fr Puntang had to visit from Tawau. But luckily at that time we had one non-stipendiary priest, an Englishman, who looked after Labuan. He worked in the private sector.

Q: Ah, because he wasn’t a missionary he wasn’t deported?

That’s right. But I think what happened was part of God’s plan. I don’t blame [former Chief Minister Tun] Mustapha for sending the foreign priests away. By the late 1970s there were a number of young people who offered themselves for theological training. I think it was a joy to see that.

Around that time Bishop Chhoa said to me after a seminar in Sandakan, “I want you to take a rest.” And so he give me sabbatical leave, and again I went to Singapore, but to a different college, Singapore Bible College.

Q: How was your time there?

I met a number of our people there, such as the late Bishop [Albert] Vun; Robert Vun, his cousin; Rosalind Chan; Alison Ng; and Susan Yang. We had quite a number of people from Sabah studying there. I was there for five months, then I came back to Kuala Sapi again.

The Bishop asked me to build a new priest’s house, the church which was destroyed by fire, and the dewan [hall]. Then Bishop asked me to go back to Tongud. Actually [chuckles] I didn’t want to go back to Tongud because I had been there so long, but Bishop Yong—at that time he was the Archdeacon—he wrote to me and said, “Well, I can’t help you. You’ll have to go lah.” So, after Christmas I told the Bishop I was going, and after Easter I went back to Tongud. I had been the priest-in-charge here for 14 years, but not only looking after Sapi and Tongud, but also what is today St Andrew’s Beluran; the Church of the Nativity, Nangoh; Gereja Terang Hidup, Bukit Garam; and Gereja Roh Kudus, Mile 28. 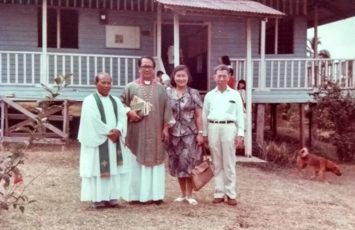 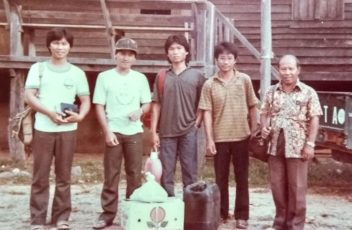 Yes, a big area. And, of course, we had no evangelists then. I was mostly alone, though Tongud and Penangah both had a catechist each. Sylvia Jeanes was also helping us in Tongud. She was a great help to us in Tongud.

So, going back to the story, in April 1988, I moved to Tongud. We built a new church there. Later Bishop Yong [Ping Chung] became the bishop and visited Tongud. He said to me, “Well, we are getting old.” I said, “Yeah, we are.” [laughter]  He said, “I want you to move from the interior to the town.” Actually, St Thomas Sandakan is not really a town area, but he asked me to move there so I moved there in 1996. I officially retired there on the 5th of April 2005, having served with the Diocese for 36 years full-time.

Q: What have been some of the changes you have seen during your years of ministry? 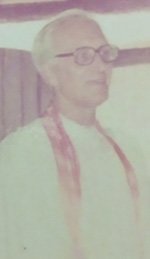 When I look at the situation in the Diocese today, it’s very different from how it was in the past. Today we have so many priests and we have evangelists, but back then the church was so poor. When the Diocese started the Interior Mission, people in Sandakan had to collect money—2 dollars each family—to raise funds for Holy Cross. And when I first came as a teacher, Canon Lomax told me, “Your salary is only $100 a month.” He asked me again just before I left for Kuala Sapi, “Are you happy with $100?” I said, “What to do?” [laughter] I don’t complain. It is my… well, I don’t know if it is my policy or not, but I don’t complain. When I got ordained as a deacon, the bishop said to me, “You’re going to be paid only $500. Are you happy with this?” I said, “Yes.” But things back then were not so expensive lah.

In fact, after retirement the Bishop wanted me to continue serving because at the time we were still short of priests, so I did so as a volunteer at St Thomas for three years. And he told me, “The Standing Committee has decided that a retired priest is not entitled to a full salary even if he is a priest-in-charge, so we are giving you RM1000 a month. It’s not a salary but it is a part of your allowance.” So I accepted that also. Then I came back to Kuala Sapi in 2006. Again, when I came here, Canon Arun [Kuak] asked me to assist with celebrating Holy Communion. I said to him, “You’ve got to write to the Bishop.” A retired priest, I can’t just do anything without permission from the bishop. The Bishop gave his permission so I helped. Canon Arun was here for 8 years. Later when Revd Juny [Lutahir] arrived, he asked me to help also. I’m still assisting lah. As long as I’m able I will assist and also as long as the church requires. If the church doesn’t want me anymore, what can I do? [chuckles]

Q: Have you any advice for young people who are considering serving God in full-time ministry?

Well, to serve lah. Serve faithfully lah. But actually all of our young people now are very good. I think they are very faithful. They don’t just come and leave, but they stay. Of course, the Diocese gives them training and assistance, but we’ve got to give them a lot of encouragement. Because a number of the young people who are ordained come from youth ministry and working as youth evangelists.

Q: Thank you for kindly taking the time for this interview, Canon Lawrence.

Thank you very much.